You are here: Home>Community>Transport and Travel>WVR Dunton Green subway gateposts 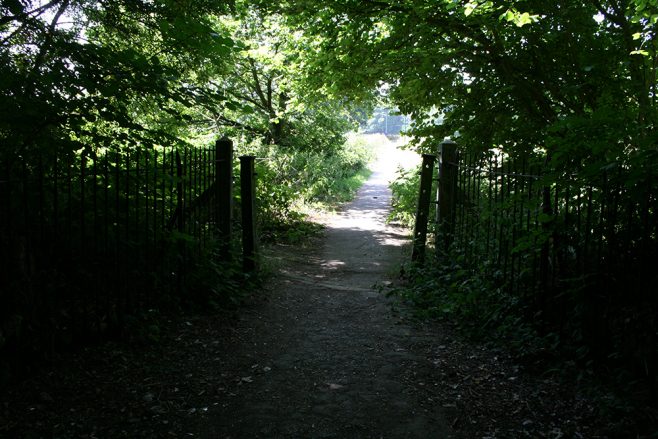 Coming out of the subway and looking towards Dunton Green village across the fields reveals the original South Eastern and Chatham Railway cast-iron gateposts of 1881 still supporting the boundary fence wires demarcating the extent of railway land for the branch.