You are here: Home>Community>Transport and Travel>Aerial shot of the Railway and Buffer Depot

Aerial shot of the Railway and Buffer Depot 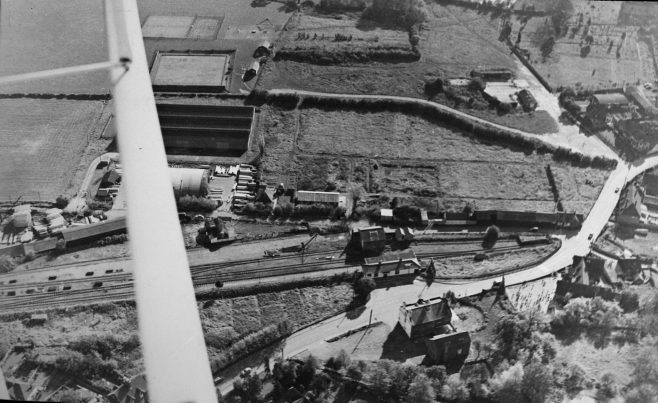 This aerial photograph taken circa 1947 shows the railway with the ‘Buffer Depot’ of a large Nissen Hut and several sheds just visible under the wing-strut of the plane. Buffer Depots were where rationed food supplies, building materials and fuel were stored. An important element of the branch line’s social and commercial history, depots such as this were chosen where ‘rail heads’ could be utilised for the efficient movement of essential supplies throughout the period of the war and afterwards until the economy was stabilised.

The bowling green and the market can be identified, along with, at the extreme right of frame, the Women’s Institute hall.