You are here: Home>Community>Transport and Travel>Nursery coach outing to Margate 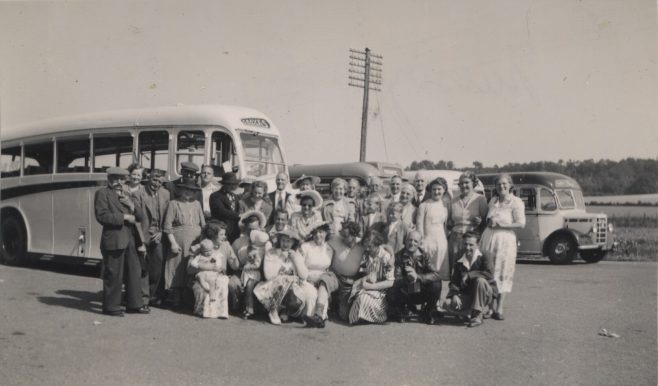 Several large employers would give their workers an annual summer outing, by rail or coach, often to the sea-side. Here we see workers and their families from Westerham Nursery en-route to Margate in the 1950s.