You are here: Home>Community>Transport and Travel>WVR Dunton Green Subway at ground level 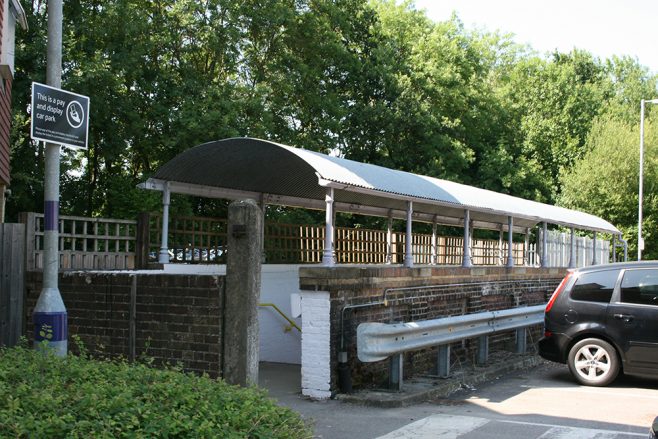 This subway at Dunton Green was built with the line in 1881 to allow passenger access from the village to Dunton Green station by walking under the branch-line. The branch has been closed for 57 years now, but the subway is still there and still in use. The row of trees beyond it in this photograph taken in September 2017 is the track-bed of the branch representing 57 years of sycamore growth.