You are here: Home>Community>Transport and Travel>WVR Chevening Halt, view towards Dunton Green 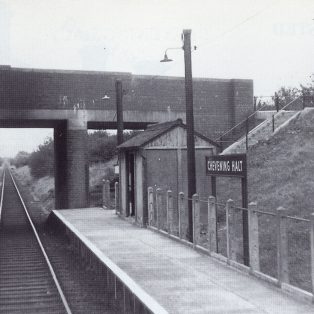 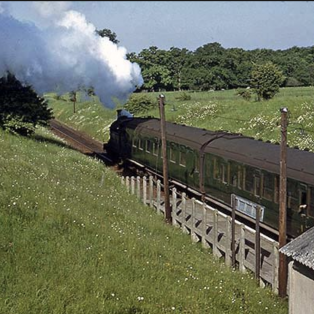 There was no station built at Chevening when the railway was opened in 1881, but in 1906 an unstaffed ‘halt’ was erected for the sum of £50 including the steps from the roadbridge and the gate. It was operated like a request stop, so if nobody asked for it when boarding the train, and no-one stood waiting on the Chevening Halt platform, the train just sailed straight past.

The second picture, taken in the early summer of 1961 – the year of closure of the branch line – shows a train waiting at Chevening Halt en-route to Brasted and Westerham. Note the shortness of the platform and that passengers could not alight from the front coach. A warning would have been issued at Dunton Green that travellers for Chevening Halt should travel in the rear coach of the two-coach train.