You are here: Home>Community>Transport and Travel>WVR Dunton Green Subway tunnel look out 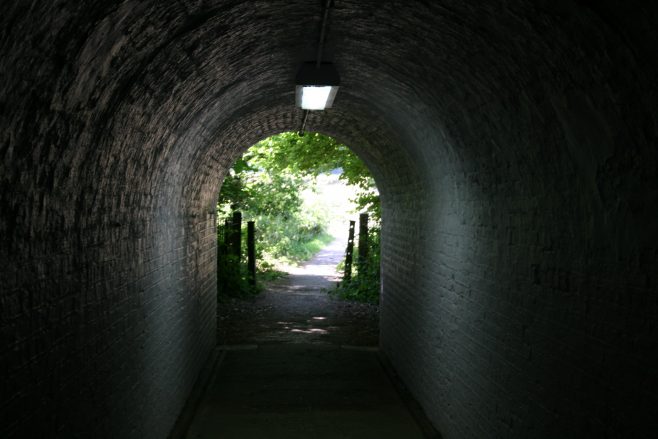 This is the view out of the subway onto the field footpath that leads to Dunton Green village. Original South Eastern Railway railings and fence posts still exist identifying the boundary of what was ‘railway land’, not to be trespassed on.