You are here: Home>Community>Transport and Travel>Smith's Brewery dray at Sevenoaks 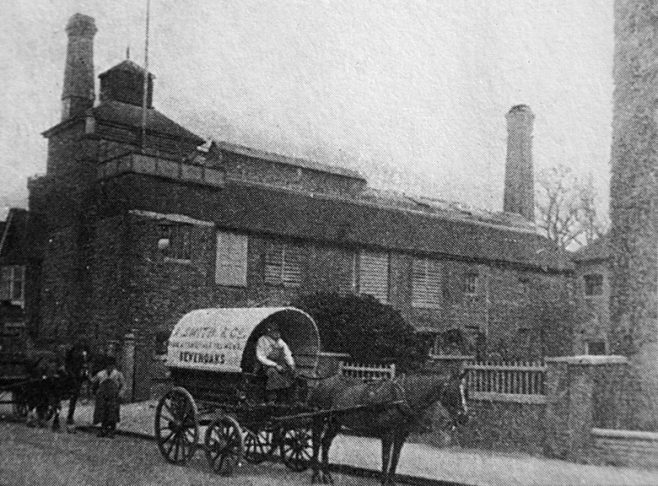 Having taken over and closed Watkins’ Swan Brewery in Westerham, Ben Bushell had further ambitions seeing competition still present from the largest brewery based in Sevenoaks, Alfred Smith and Company. The first approach in 1898 was rejected by the then ageing Alfred Smith, but he was persuaded to sell by his son Percy, who no doubt saw the potential of joining the board of The Black Eagle. It was a condition of sale that the Smith name would not disappear so the ‘company style’ was changed yet again; this time to its final form as Bushell, Watkins and Smith Ltd.

Horse-drawn drays were used exclusively until the end of Smith’s Brewery in 1898.