You are here: Home>Community>Transport and Travel>Jolly Boys charabanc in market square 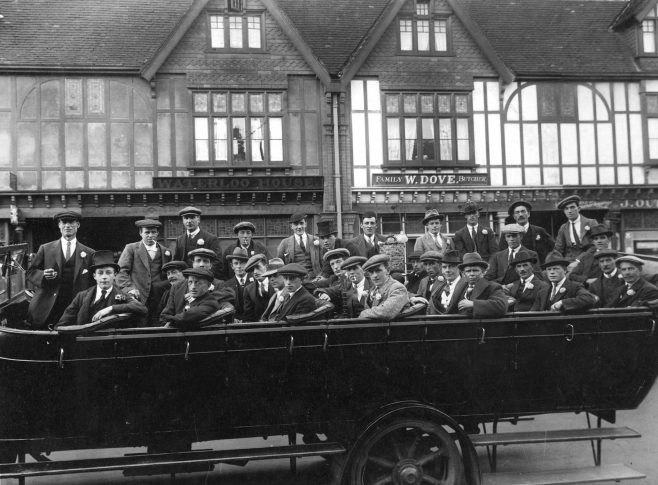 The 1920s were relatively hard times due to national recovery being slow after the First World War and annual holidays had not really become established for poorer workers, so a day’s outing to the seaside was a rare treat and all that some workers with large families could afford.

“Jolly Boys” charabanc trips were usually only for adults, often just for working men, partly due to finance, but there would be a barrel or two of ‘bright beer’ on board for stops on the journey.  The charabancs were pretty basic vehicles; noisy, uncomfortable and often poorly upholstered with low-backed seats and used mainly for short journeys to the nearest resort town or the races. Local businesses such as the Brewery or the Men’s Club organised days out and these trips were often subsidised by the business themselves from membership subscriptions that had been paid throughout the year.