You are here: Home>Places>Streets and houses>South Bank around 1900, looking east 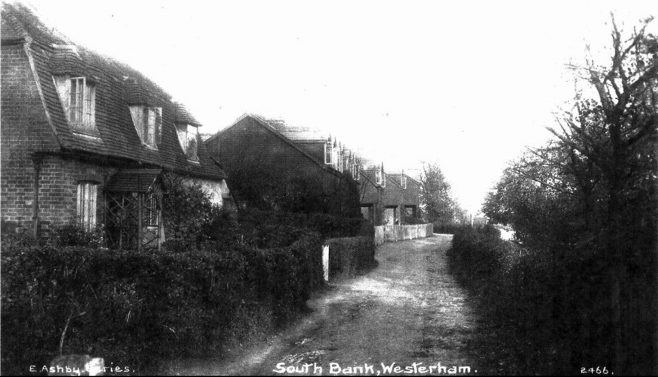 This photograph shows Currant Hill Cottage in the foreground with Richard Durtnell’s ‘Jubilee Terrace’ beyond. At that time there was no development on the south side of the road where the river ran. With that in mind, it always seems a little odd that the road was not called ‘Northbank’.

As one of the promoters of the Westerham Valley Railway with a financial stake in it, Durtnell had built the row of terraced houses and retained ownership of them with the hope that the railway would be extended to join the Brighton line at Oxted. Had that scheme gone ahead, Durtnell would simply have knocked the houses down, as the land had been secured!