You are here: Home>Places>Streets and houses>Red Cottages on Vicarage Hill 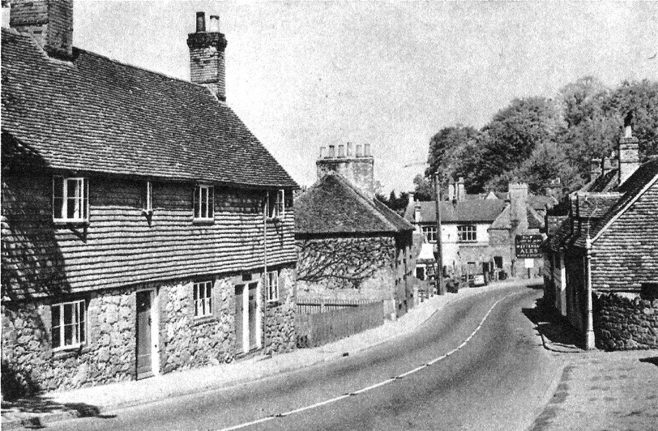 The top building on the left of Vicarage Hill is Colthurst Almshouses. The gap beyond led to ‘Church Alley’ – undeniably the towns’ poorest housing area – tiny back-to-back cottages with few windows, and towards the end, corrugated tin roofs on some of them. The next row of cottages bordering the road were ‘Red Cottages’.  Former resident of Red Cottages  Gwen Smith takes up the story:  “…we’d got that little house all done up and been living there for some years after the children had been born, but there was an awful accident one day. The Co-op had been delivering groceries to me and a petrol tanker came down Vicarage Hill and his brakes failed. It hit the back of the Co-op van and pushed it into the front of number one of the Red Cottages. Luckily Mrs Burgess was away but being timber framed, the structural damage to the three cottages was so bad that the highways authority decided that the road should be widened there with a lay-by for parking, so we were compulsory purchased and they knocked everything down. That was the late 1960s and it was quite sad really because our little house just went up in smoke…”