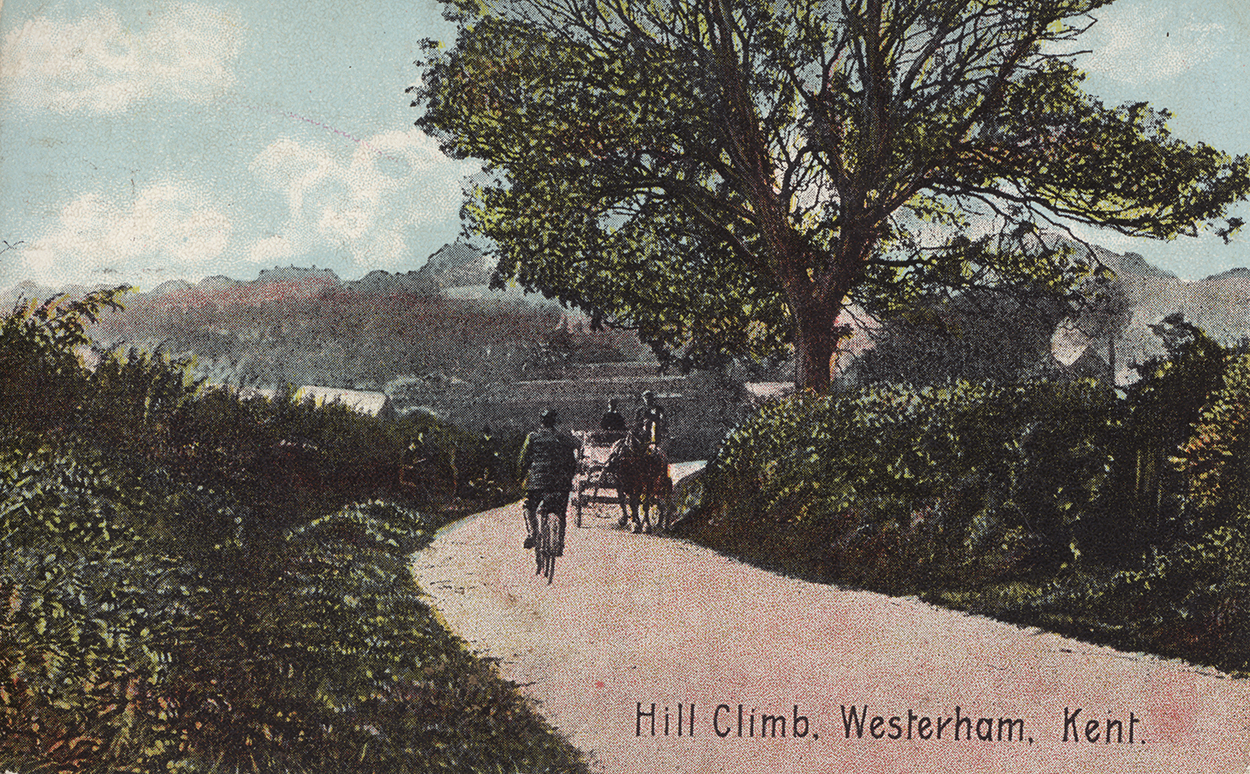 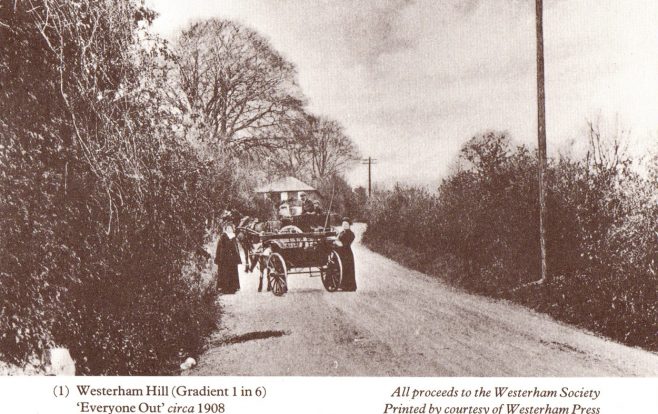 But not everyone escaped with slight injuries, there were tragedies too.  From the Herald of August 11 1917: Motor Car Dashes Into House – Accident on Westerham Hill. There were two accidents on Westerham Hill on the Bank Holiday, both within half an hour, resulting in rather serious injuries to two persons, a cyclist and a lady motor passenger. The motor car that came to grief contained five persons.

The car belonged to Mr. G. A. Coulson, an aeroplane builder residing at 43, Lewisham Park S. E., who was accompanied by his wife, Miss Winnie Pentercoat (a friend), and a little girl. The car was driven by the chauffeur, Herbert Spencer. It is stated that the brakes did not act when applied as they began to descend the hill, whereupon the chauffeur endeavoured to change into a lower gear, and failing, the car ran absolutely free, gaining speed rapidly. It swerved around the steep bend below ‘Deepdale’ at a tremendous rate, and finding he had lost all control the chauffeur steered for the bank in the hope of preventing a possible collision and worse result on the road. The car struck the edge just above the residence of Mr. A. Wells, limeburner, tore up the gatepost and hedge for several yards, and then crashed into the house. The sudden impact shot the car round, smashed the two off-wheels, and threw the occupants violently out – all except the chauffeur.  Mr.and Mrs.Coulson marvellously escaped with a sever shaking and a few bruises, the little girl received a few cuts, but Miss Pentercoat was seriously injured.  Dr Russell was at that time hastening to the scene of another accident close-by, to attend an injured lad – the result of a cycling accident under similar circumstances half an hour previously. He promptly attended to the young lady’s injuries, and she was quickly removed in a passing taxi to Bromley Hospital. It was feared she had sustained a fractured rib and a broken collar-bone.
THE INJURED CYCLIST The lad who had met with an accident was William Maybank, of 198 Grove Street, Deptford. He had only one brake on his bicycle, and finding that this failed to hold the machine he ran into the bank and was thrown over the handlebars, receiving a severe scalp-wound and concussion. He was laid on the bank in Mr.Wells’ garden – just where the car first struck the hedge, and he escaped almost certain death by a few feet only. He also was dispatched to Bromley Hospital with the injured lady.