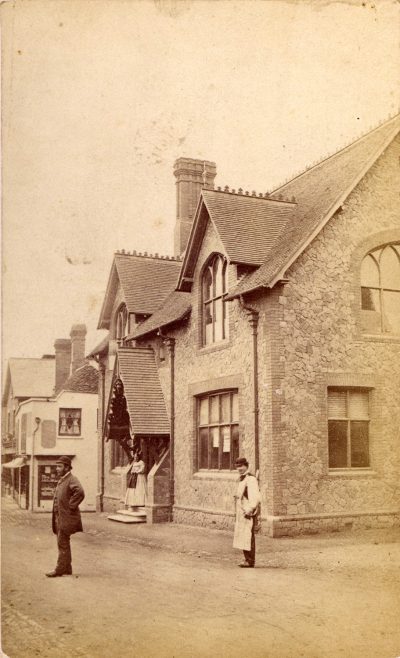 Built and opened with share capital in 1865, Westerham’s Public Hall (or Town Hall as it was often called) enjoyed a chequered existence as a public meeting place, never quite achieving the profit dreamed of by the shareholders. User groups would suddenly find themselves financially embarrassed and unable to pay their rent, and the charges were deemed a little on the high side.

The Public Hall was, of course, lit by gas at that time, and evening entertainment was charged out at Two Guineas per evening, for a maximum of three hours. The ‘Terms and Conditions for Letting The Hall’ spelt this out as follows: ‘…whenever the gas is burnt in the large hall above three hours, an extra charge of 1s. 6d. per hour will be made…’

And a day-time let was a guinea less, as was an early evening summer hiring when no gas was used.

The Letting Terms continued to outline requirements: ‘…If any party taking the hall require it to be washed, they must pay the hall-keeper for doing it and if for any purpose that requires the furniture to be moved away, they must find a man to assist the hall-keeper in so removing it and bringing it back. The hall-keepers duties include preparing the hall and rooms, opening and closing the doors for any entertainment or meeting, and attending to the gas. If parties taking the hall require any other services of her, they must pay her for the same, after the rate of 1s. for the first hour she is engaged, and 6d. for every hour afterwards…’