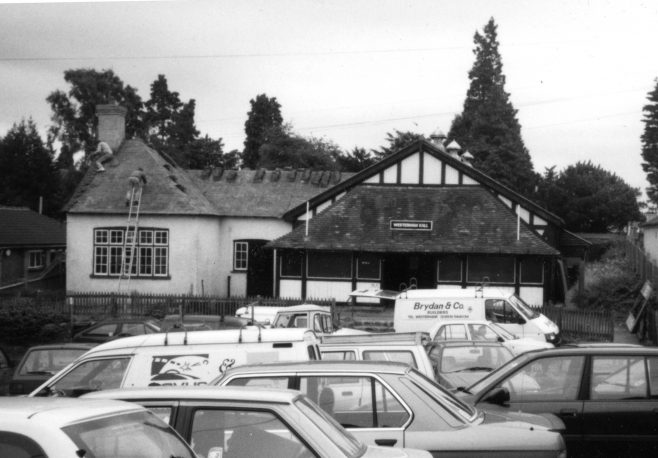 Following a lot of emotion and heartache the Westerham Hall renovation Committee finally called it a day for the London Road site in favour of starting again with a brand new hall on the site of the Women’s Institute hall on Costell’s meadow, Quebec Avenue. The memory is that the opportunity for more parking swung the vote…

Local builders Brydan and Co. submitted a favourable quote to demolish St. Mary’s hall in London Road, on the basis that they recovered much of the building materials as salvage.
St Mary’s hall had always been expected to be replaced and was built on a budget with that in mind some eighty years before. It was known in the early years of its life as the ‘iron hall’ due to its construction as a prefabricated iron frame clad with a wooden skin.