You are here: Home>Events>RNLI Event at Long Pond September 2007 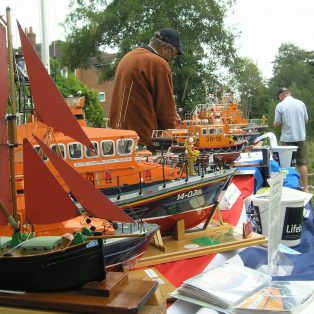 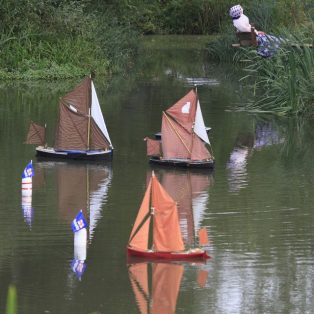 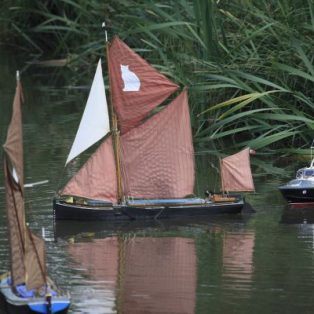 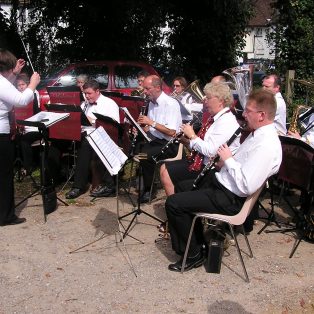 The Halstead Concert Band at the RNLI fundraising event at the Long Pond, Sept 2007 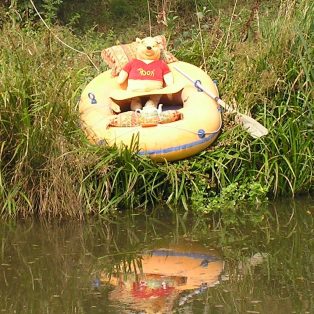 Pooh Bear relaxes in his dinghy pulled up on the bank of the Long Pond, Sept 2007 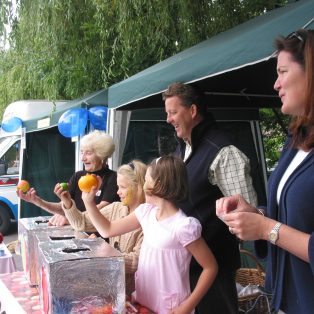 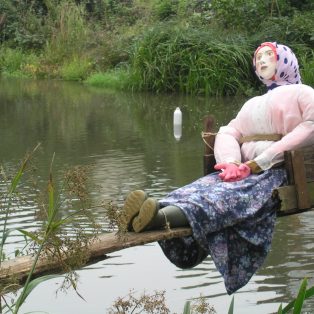 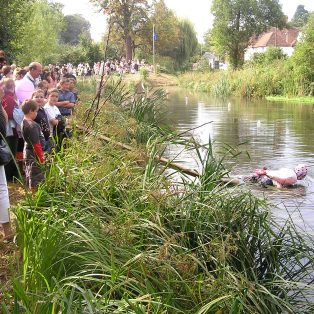 Re-enactment of Ducking of Hannah Saxby 2007 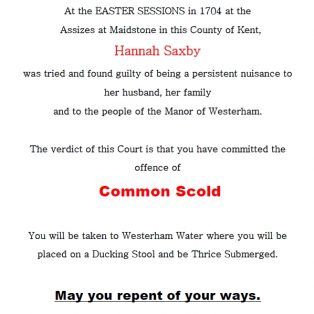 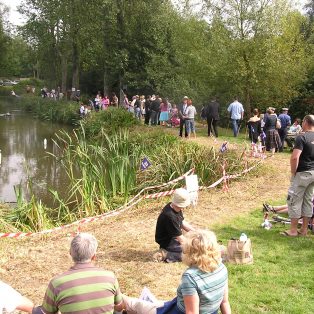 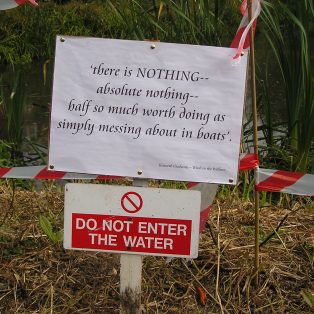 Wind in the Willows Long Pond 2007 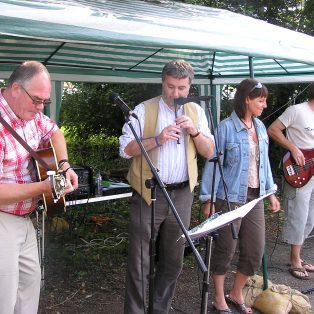 Philip Purdie and The Beamers 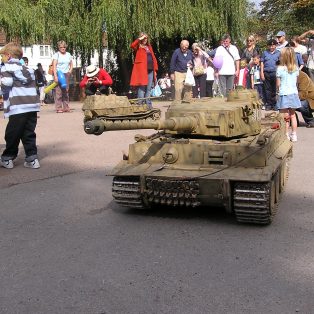 The Long Pond restoration project, completed in 2000 for the Millennium celebrations in Westerham was the venue for several fundraising fairs.

In September 2007. the Westerham and Oxted RNLI invited model boat enthusiasts to come to demonstrate their boats on the pond.

The event also included stalls, the Westerham Scouts and the Westerham Sea Cadets, a live band, tanks, a balloon race and the re-enactment of the ducking of “scold” Hannah Saxby, which drew the biggest crowd of all.