You are here: Home>People>Women’s Organisations>1912 Mothers Union invite poster to a meeting in the Public Hall 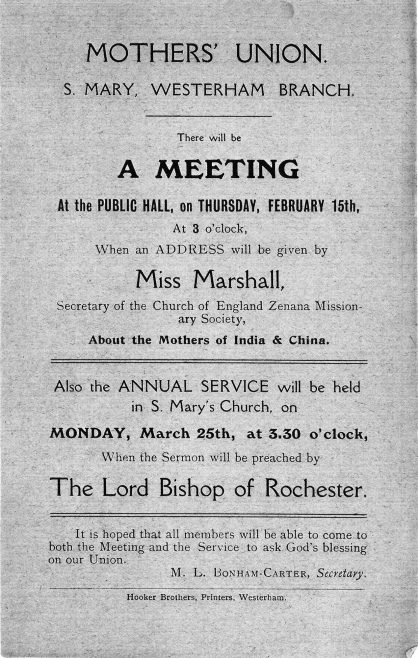 The Mothers’ Union was founded by Mary Sumner in 1876. Herself a mother of three children, it was the birth of her daughters first child that drove Mary to found the organisation to support women of all classes in their role as mothers, in affiliation with the teachings of the Anglican Church. In 1896 the Central Council of Mothers Union was formed and with Mary Sumner as president, the organisation rapidly grew to a membership of some 170,000 members in Britain alone by the turn of the century.