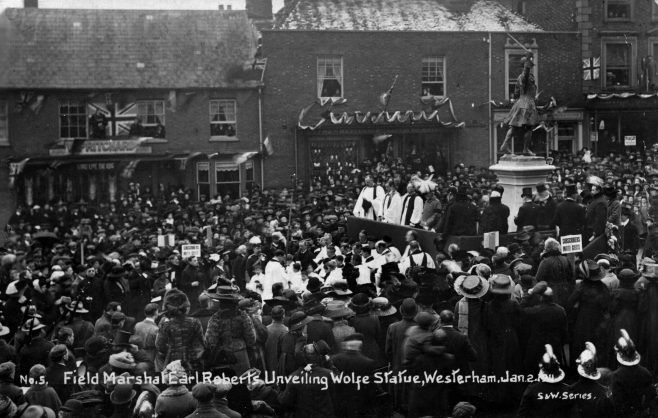 A huge crowd assembled on The Green to witness the unveiling of the Wolfe statue by Field Marshal Earl Roberts on a bitterly cold January day in 1911. In front of the dais the choir are assembled and on the dais itself, the Bishop of Rochester, Rev. Sydney Le Mesurier, vicar of Westerham and Rev. Carr G. Acworth, clerk in holy orders. The centre of the three gentlemen wearing top hats, with his back to the camera is Lieut. Colonel Charles Warde.