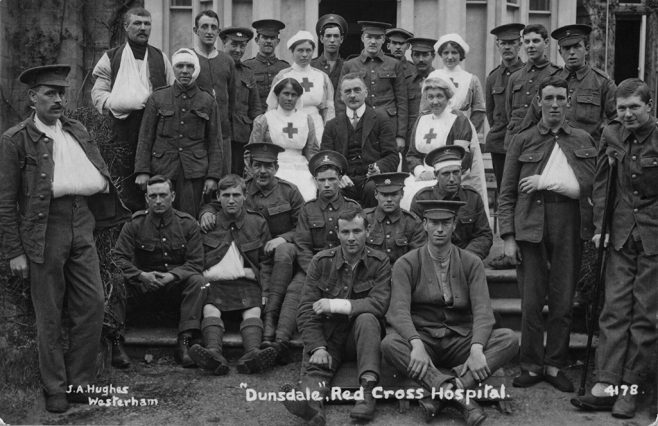 The mansion of ‘Dunsdale’ on the estate of the late Norman Watney had been converted into a hospital of fifty beds in 1914. The first consignment of wounded men were 48 Belgian soldiers some of whom are shown here. Dunsdale Voluntary Aid Detachment (V.A.D.) hospital was managed by the British Red Cross Society. The nursing staff were in the charge of Chief Medical Practitioner Doctor John Ronaldson Russell seated centre amongst the foreground nurses, and the hospital Commandant Miss Lucy Watney seated to his left.
For many of these soldiers, a period of recuperation was the best they could expect and most convalescent units provided only that.