You are here: Home>People>Health and welfare>Dr. Henry Hugh Powell Cotton on Horseback in Manor House Yard 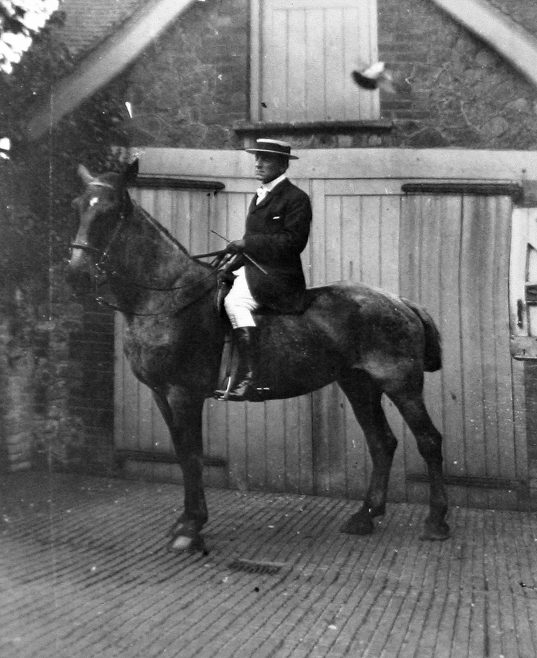 …The Committee were unanimous in their support of Nurse Wilson and it was agreed that the Chairman, Miss Hannah Bartlett would write to Dr Cotton. This cannot have gone well as the following month the Committee resolved – notwithstanding objection from the Chairman – to formally withdraw the letter along with a written apology to Dr Cotton.  Agitation continued for some time between Dr Cotton and Nurse Wilson and it was clear that the problem was not going away. The matter ended with the instruction of Solicitors by both parties to be followed by the resignation of Nurse Wilson in 1923.

A cheque for £28 13s 9d was presented to her, subscribed by 317 parishioners, the names of whom were inscribed in a book which was also presented.

Nurse Wilson was succeeded by Nurse Mayhew on April 1 1924. Her salary was £130 per annum, to include uniform, but not the cost or upkeep of her bicycle.   Nurse Mayhew made 1500 visits in the parish in her first nine months including midwifery cases and had attended sixteen confinements under the doctor, as well as the usual clinics…

One year and one week later, Nurse Mayhew tendered her resignation to take effect April 10 1925…