You are here: Home>Events>Celebrations and Events>Crowd on The Green when the death of King Edward VII was announced May 6th 1910 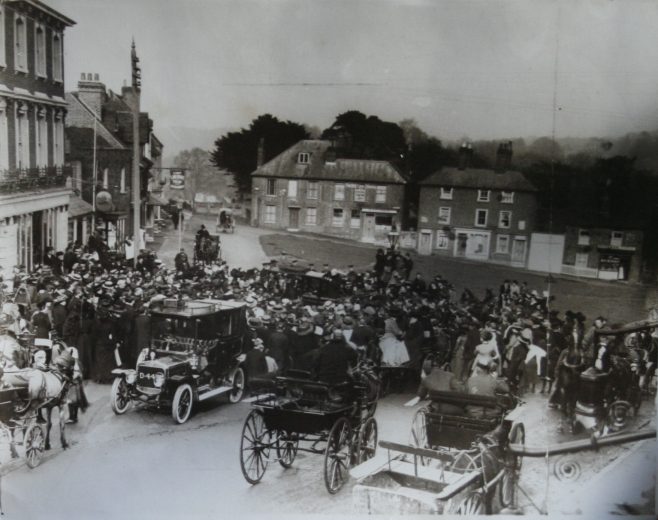 Crowd on The Green when KEVII death announced

The whole country was in mourning that week in May 1910 with the news of the death of a favourite King, Edward VII, and Westerham was no exception. It is worthy of note that this was an era when the only news the town received was to be found in the local newspaper, The Westerham Herald, there being no wireless (radio) until 1923 when BBC broadcasting began.