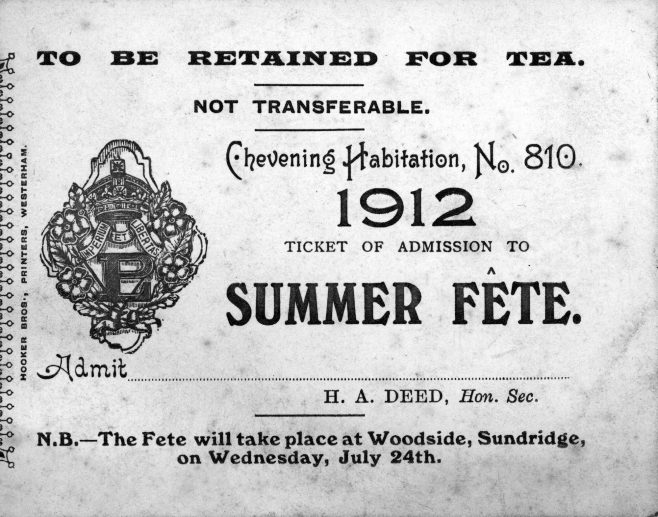 August 6th 1890 was the date of the fifth annual summer fete of the Chevening Habitation of the Primrose League. The parishes represented in the Habitation at that time were Westerham, Chevening, Brasted, Sundridge, Halstead, and Knockholt. The Primrose League was first formed in 1883 using Disraeli’s favourite flower as it’s motif. This was a politically-based movement that became exceptionally strong in Conservative-led parts of the Country. By 1888 the County of Kent had in excess of 23,000 members recorded across sixty-three Habitations.

Rank and file membership was principally from the lower middle and middle classes, whereas leadership roles were taken by local influential gentry of the neighbourhood. That year the summer fete was held at Chevening Place by the kind invitation of the Right Hon. Earl and Countess Stanhope. The St. Mary Cray brass band performed a good selection of music throughout the day, and theatrical performances, athletic sports and dancing were most admirably arranged and conducted by the hon. secretary Mr. H. A. Tipping, and members of the League. The evening concluded with a grand display of aquatic fireworks courtesy of Messrs. Brock & Co of London.