You are here: Home>People>Entertainment>Brasted Concert Programme 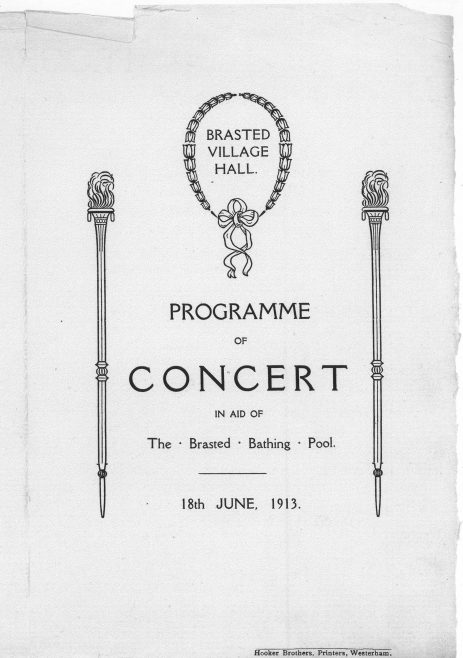 This was one of several events held to raise money towards the construction of Brasted open-air bathing pool on the site where Brasted recreational ground now stands. The pool was sited where the children’s playground  sits now, and was fed by an underground stream with an overflow into the river Darent just north of the pool.

There was a grand Opening Ceremony on June 24 1914, the construction having been paid for by local subscription and fundraising events such as this and other concerts and a dance festival.