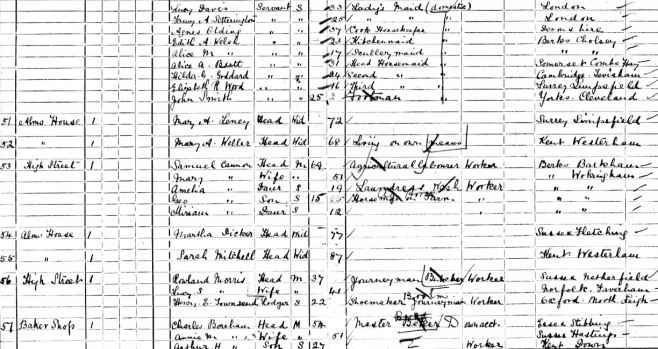 This 1901 Census return records two tradesmen as ‘journeyman’ in their craft, one a journeyman Butcher, the other a journeyman shoemaker. This term was used for those who had completed an apprenticeship and were now in their first years of work as a skilled man – a bit like the green ‘L’ plate of today! It is generally considered that the ‘journeyman’ title was used for as long as the apprenticeship, so some five to six years, after which the term ‘Master’ was often used.