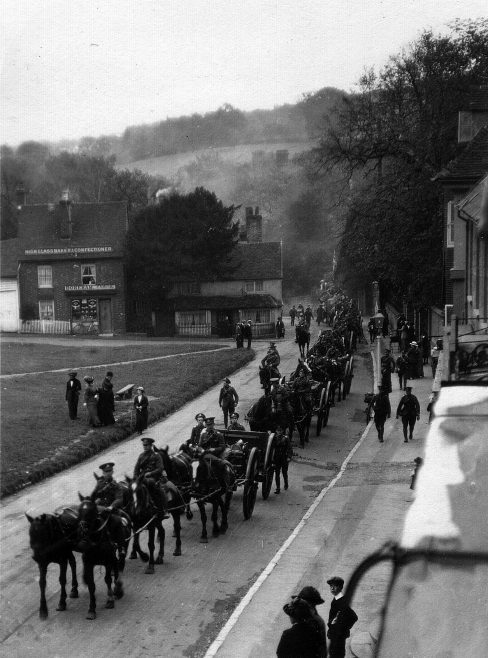 On October 22nd 1914 the townsfolk witnessed the arrival of several hundred Territorial Army men from Preston Lancashire. These were the Royal Field Artillery from 57th (2nd West Lancs) Division who arrived marching up Vicarage Hill with their horses, guns, limbers and equipment to be billeted on several sites around the district.

During the seven months of their stay they integrated well with the local community. On May 22nd 1915, a large crowd assembled in Market Square to see the Gunners march off on their way to the south coast for their departure to France in September.