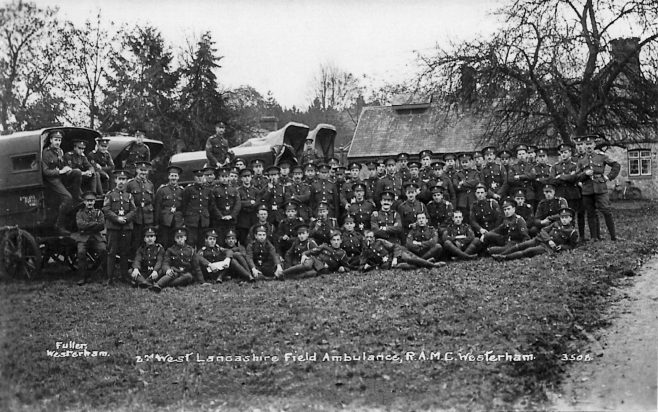 The West Lancashire Territorial Division had 3 Field Ambulance Units. Two were based in Liverpool, the 1st at Tramway Road, the 2nd at Harper Street, whilst the 3rd was located at St Helens. On mobilisation all were brought up to strength very quickly. The 1/2nd were sent to Kent to form part of the anti-invasion forces, and those that came to the Westerham area were billeted at Sundridge and more locally, in Squerryes Park.